We hope to see you at the Alix Christmas Market on Saturday December 4, 2021   ▸ 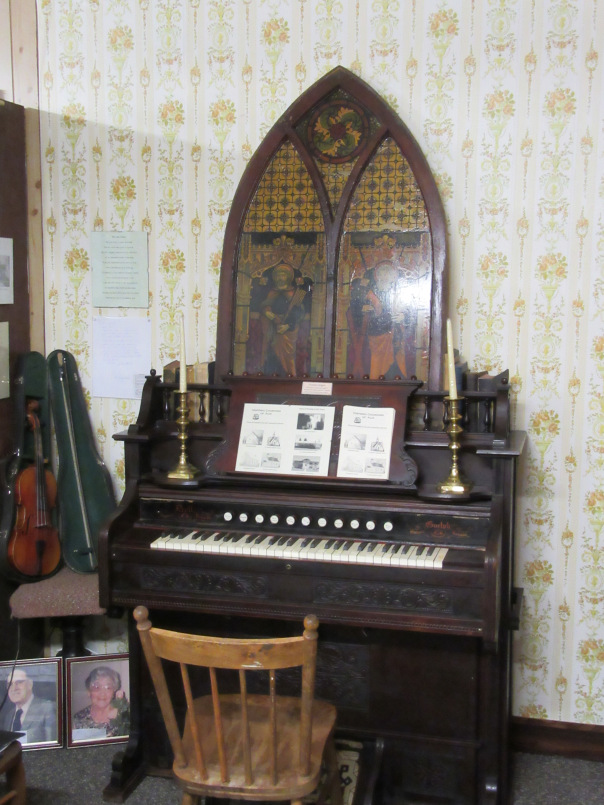 The village of Alix has had many Churches over the years, including Anglican, Presbyterian, Methodist, and Roman Catholic.  Included in our Church exhibit are a stained glass window, a pump organ, and church artifacts from the early 1900s including hymn books and bibles. Many of the artifacts that make up   ▸

Stanton and Hickling Schools, as told by Doug Cormack

1940, ALBERTA, ALIX, DOUG CORMACKIn response to last week’s post, former Alix resident Doug Cormack got in touch with us and shared a memory from his time at school. Mr. Cormack went to Hickling School, which is north of Alix (Stanton School is south-west of Alix).” Thank you very much   ▸

From “James Jackson”, as told by daughter Ethel FavelThe Jackson homestead was registered on March 19, 1909, No.155109. SW1/4 of 32-39-23 West of the 4th about three miles west of Alix. “The first winter we came to Canada, we lived in a tent.  It seems impossible, considering that the weather is   ▸

At one time, Alix had three railways. Its first one was the C.P.R. line from Lacombe to Coronation; its second was the Grand Trunk Pacific branch line from Tofield to Calgary. The C.N.R. eventually took over the G.T.P. and the Canadian Northern.At the Alix Wagon Wheel Museum, visitors can learn   ▸